The Friends are an independent charity, founded in 1954.

They are united by the desire to ensure that present and future generations can continue to benefit from this inspiring building and the services offered within it to the local community. Members include active members of the parish church, local residents and visitors on whom the Priory has made a special impression

The Priory stands at the foot of the magnificent Malvern Hills, near British Camp. Every year it is visited by a wide range of people. These include cyclists and walkers on the Malvern Hills, tourists, people moving to Malvern and those interested in church architecture, church history, local history and church organs. Others are people associated with churches in Malvern or along the Benedictine Way and those intrigued by the connection with William Langland’s Piers Plowman. The Priory – at WR14 4JN – is open every day during most daylight hours.

The visitors book in the porch provides abundant evidence of the positive experience of many who have spent time in the church. ‘Peaceful’, ‘beautiful’ and ‘welcoming’ are among the words most frequently used. Here are just a few extracts:

‘A wonderful place, a sense of history and clearly well loved and cared for by the current congregation’

‘The most peaceful and welcoming church we have visited’

‘A beautiful gem – to be treasured’

‘What an amazing place. We spied it on our walk on the hills and had to investigate’

‘Peace and tranquillity, with beauty and grace’

Little Malvern Priory was founded between 1125 and 1127 AD by Benedictine monks from Worcester. The church building needed refurbishment as early as the 13th century. It again fell into such disrepair that in 1480 Bishop Alcock commissioned a fundamental restoration. As a result of the dissolution of the monasteries initiated by Henry VIII in 1534, the Priory ceased to be a monastery and became the parish church of St Giles. It is believed that the North and South chapels and transepts were still intact in 1620 but that they fell into disrepair during the following century. Frequent repairs and restoration work since then have preserved the inspiring building we still see today. At the end of the 18th century only one service was held every fortnight and holy sacrament was administered just once a year, if at all. Now, however, there is a thriving community worshipping there, operating within the Diocese of Worcester and the Deanery of Malvern and Upton.

The building has many features of architectural and historical significance. The stained glass in the East window dating from 1480-82 includes a rare portrait of Edward, Prince of Wales, who later became the boy king Edward V. There are unusually fine medieval tiles in front of the altar and hinged oaken misericord seats on either side of the sanctuary. There is also what is believed to be the Angelus bell, cast in Gloucester c1350, together with hatchments relating to various owners of the neighbouring Little Malvern Court. The organ, supplied in 1882 by Hill & Son, has recently been completely refurbished. 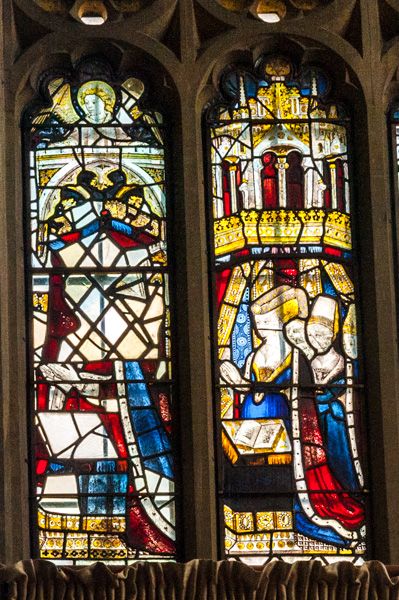 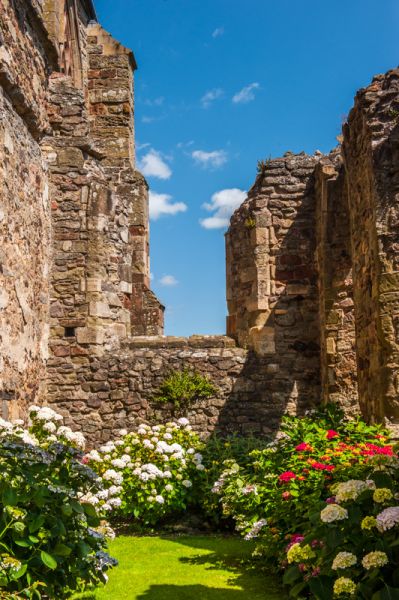